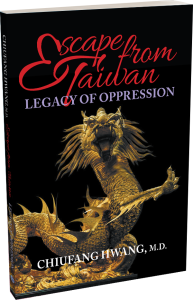 Dr. Chiufang Hwang’s second book “Escape from Taiwan: Legacy of Oppression” is a riveting story about the lives of four daughters impacted by their fathers’ escape from political persecution (with Chiufang being one of those four daughters). This is the only longitudinal study ever written about this group that emigrated in the 1960s: very intelligent graduate students who opposed the party and its martial law. 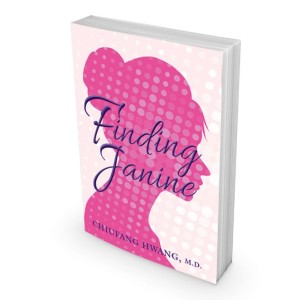 Chiufang Hwang, M.D. was born in Taiwan but came to the United States as a toddler so her father could pursue a PhD. Usually the only Asian kid on the block growing up in Columbia, South Carolina, Chiufang was outwardly shy but inwardly eager to absorb the culture of her adopted country. It wasn’t until she met Janine that Chiufang would identify her own inner-American by embracing the melting pot of cultures she encountered.

“I was the token Asian and happy to hang with any kids willing to have me. And the one who embraced me more than anyone was Janine. Janine was my best friend in grade school. She was my protector. And in many ways she was also my mentor, tutoring me on the ways of American culture in general and black culture specifically–how to take an attitude, how to talk, how to dance, how to have swagger … the latter not an easy thing when you’re barely four feet tall. Even though I only lived in Columbia a short time, it was a seminal time, and Janine was front and center.”

Finding Janine describes Chiufang’s journey to discover what it means to be American, offering a unique perspective on how our country’s greatest cultural strength is its ability to embrace and assimilate the ethnic diversity that has been part and parcel of our history from the beginning. 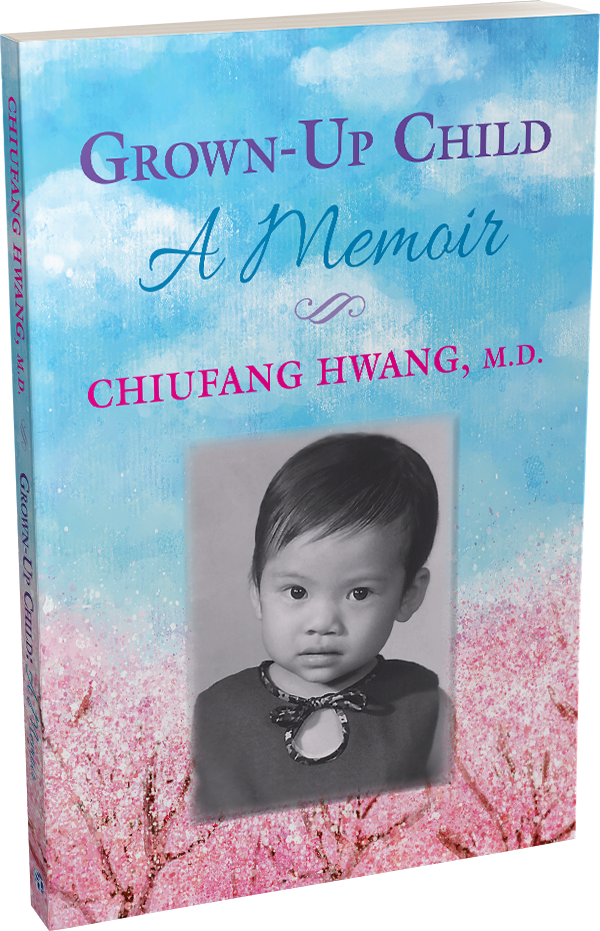 CHIUFANG HWANG came to the United States from Taiwan when she was a toddler so her father could pursue a PhD. But his academic American dream stalled, forcing the family into a transient lifestyle as he chased one PhD program after another, from Texas to South Carolina and back. Always the new kid on the block, Chiufang grew up shy and watchful but hungrily absorbed the culture of her adopted country through TV, music, food, and the families of her babysitters. She found these families affectionate, chaotic, and exhilarating—everything her own family wasn’t.

At home, overt affection was rare and obeying without question was demanded. As the eldest child, Chiufang was expected to run the household from paying the bills to filling out new school forms for herself and her siblings every time they moved. As a teenager she was forbidden to attend school dances and never got to see a high school football game. “From the time I was six, my job was to care for both parents. I was at their beck and call, never free to come and go. It was a stress-filled childhood.”

But through it all, Chiufang found a way to forge her identity as a Taiwanese-American and pursue her own dreams, which led to med school and a career as a psychiatrist.

Grown-Up Child chronicles Chiufang’s occasionally poignant, often funny, and always insightful experiences as the daughter of immigrants, straddling two cultures. Her story, told with wry wit and brutal honesty, is especially resonant now as the place and value of immigrants in American society has come under question.

In 1999, Chiufang Hwang tried out for the Dallas Cowboys Cheerleaders on a whim and the experience was an epiphany. “That day in Texas Stadium, I finally understood what I had missed out on in high school and college growing up as the eldest daughter of Taiwanese immigrants. I felt so special. I felt included. I felt more like a teenage girl than when I actually was one. But mostly, I felt so American.”

Since then Hwang has participated in more than ten Cowboys Cheerleader tryouts, becoming a fixture at the annual auditions.  Besides loving competition, pushing her limits, and reveling in the camaraderie of those pursuing sideline glory, Hwang hopes to inspire others.

“I want to empower women of all ages to pursue their own impossible dream. Maybe the novelty of a fifty-year-old Chinese-American psychiatrist—who has still never even seen a football game—trying out to be an NFL cheerleader will spark them to think: Why not?”

American Sweetheart: Still Not Making the Team recounts Hwang’s unique perspective of American pop culture and her place in it with humor, poignant insight and unexpected candor. 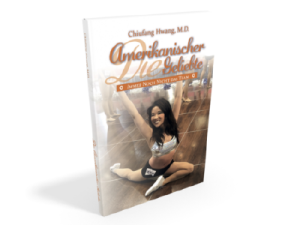 American Sweetheart: Still not Making the Team
is also available in German!
You will find it on Amazon, in ebook and paperback. 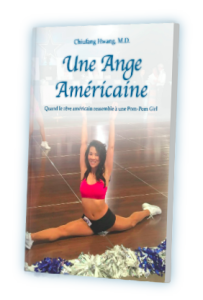 American Sweetheart: Still not Making the Team
is now available in French!
You will find it on Amazon, in ebook and paperback. 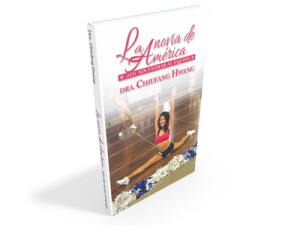 American Sweetheart: Still not Making the Team
is also available in Spanish!
You will find it on Amazon, in ebook and paperback.